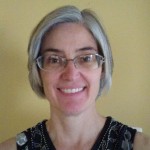 Kristy Wilson Bowers is an historian of early modern Europe whose research focuses on the history of medicine in Spain. She is the author of Plague and Public Health in Early Modern Seville (2013) as well as articles appearing in Bulletin of the History of Medicine and Sixteenth Century Studies. She is currently visiting assistant professor at the University of Missouri, where she teaches courses on Spain, the history of science and medicine, and the history of piracy.

Sarah Brooks is an Associate Professor of Art History at James Madison University. Her research focuses on the architecture and visual culture of the Byzantine empire and its Islamic neighbors, including the preservation and reuse of Byzantine monuments under the Ottoman sultanate. Brooks is a past recipient of fellowships from the National Endowment for the Humanities, Dumbarton Oaks, the American Research Institute in Turkey, and the Fulbright Foundation, and she has served as the President of the Byzantine Studies Association of America (2015-2016). 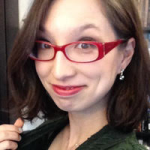 Letha Ch’ien has taught art history at UC Davis since earning her PhD from UC Berkeley. Her current research investigates how representations order and create social and political formations. Say the word “Venice,” and she’ll appear. 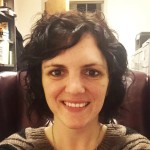 Born and raised in the Midwest, Leslie graduated with her MA in History and Native Studies in 2013. She teaches a number of survey courses at the University of Nebraska at Omaha and at Iowa Western Community College in Clarinda, Iowa.  Above all, she just loves telling a good story. She is particularly interested in ethnic and racial tensions in America, but also harbors a deep fascination with the founding fathers of the U.S. Republic.

Outside of the history field, Leslie enjoys jogging, hiking, and spending time with friends and family. She is a huge fan of Parks and Recreation and refuses to accept its conclusion. She is also an avid Iowa Hawkeye fan (sorry, Cornhuskers). 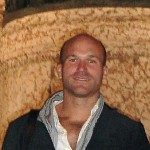 Benjamin de Lee is an assistant professor of history at the State University of New York in Cortland. He received his PhD from UCLA in 2011 in history. His specialty is the Byzantine Empire, and his current research projects focus on Byzantine anti-Islamic polemic and how the Byzantine Christians came to understand Islam. He is interested in the Ottoman Empire as a component of his world history course and to explore how the memory of the Byzantine Empire survived in Orthodox Christians and came to be understood in opposition to the Ottoman Empire. 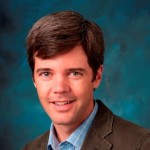 Andrew Devereux is an historian of the medieval and early modern Mediterranean. He earned his Ph.D. from the Department of History at Johns Hopkins University, where his dissertation examined Spanish imperial ideologies in the context of the Mediterranean World. During 2011-2012 he was an Ahmanson-Getty Postdoctoral Fellow at UCLA’s William Andrews Clark Memorial Library, where he began to revise his dissertation for publication. His book project takes an expansive view of Spanish rationales for empire by analyzing processes of Mediterranean expansion against similar episodes in the early sixteenth-century Americas. Devereux has published on the position of North Africa in early modern Spanish political thought (Journal of Spanish Cultural Studies, 2011) and was co-Guest Editor of a special issue of Medieval Encounters (2013) focused on connections between Iberia and North Africa during the premodern period. He has contributed book chapters to In and Of the Mediterranean: Medieval and Early Modern Iberian Studies (Vanderbilt University Press, 2015) and to Representing Imperial Rivalry in the Early Modern Mediterranean (University of Toronto Press, 2015). Professor Devereux’s work has been recognized with grants from the John W. Kluge Center at the Library of Congress, the Folger Institute at the Folger Shakespeare Library, IIE-Fulbright, the National Endowment for the Humanities, and the Spanish Ministry of Culture and Education. He is a founding member of the Spain-North Africa Project and a member of its executive committee. 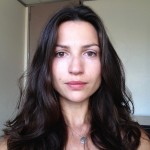 PhD candidate in the Department of English, Texas A&M University

Eralda L. Lameborshi is a PhD candidate in the Department of English at Texas A&M University. Her area of expertise is twentieth century Eastern European Literature, the historical novel on the Ottoman Empire in the Balkans, literatures of migration, immigration, and exile, Eastern European Cinema, post-communist studies, postcolonial theory, and film theory.  Eralda has published on her specialty as well as delivered over a dozen scholarly presentations at academic conferences. She is the HEEP Fellow at the Institute for Advanced Study at Texas A&M, Spring 2016-Fall 2016. Eralda is the recipient of many awards such as: the Outstanding Graduate Student Award at Texas A&M, the Summertime Advanced Research Award from the College of Liberal Arts (STAR Fellow) at Texas A&M, and the Professional Development Award from the College of Liberal Arts at Texas A&M.

I am a historian of technology and science who specializes in the chemistry and physics of the early modern West. My research combines art, material culture and materials science into more typical historical concerns of social, economic and intellectual life. My most recent monograph, The Creation of Color in Eighteenth-Century Europe (Gutenberg-<e>, Columbia University Press, 2006)  examines the relationship between developing scientific theories and changing artisan practices for pigment making, textile-. ceramic- and glass-coloring endeavors. At present I am writing a book about the technologies of printing in colors before 1800, researching a biography of the eighteenth-century French color-printer and scientific crank, Jacques-Fabien Gautier-d’Agoty. I was granted a Ph.D. from SUNY-Stony Brook in 1999 and have held fellowships from or at the Huntington Library, the Max-Planck-Institut für Wissenschaftsgeschichte (Berlin), the Smithsonian, and the National Science Foundation. I am an associate member of The Pigmentum Project (London/Oxford) and serve as an advisory editor for the journal Technology and Culture. 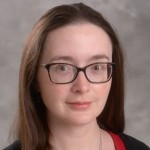 Originally from Ireland, Sorcha received her B.A. (Hons) in History and History of Art from University College Dublin and her M. Phil. in Medieval History from Trinity College Dublin. She then did her PhD at the University of Leeds and completed her dissertation on elementary and grammar education in late medieval France. She taught at SUNY Oswego and is now Assistant Professor of History at Angelo State University in Texas. She has published several articles on medieval education, and her first monograph will be published at Amsterdam University Press this winter. 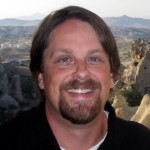 Brian JK Miller is currently a Visiting Assistant Professor in the History Department at Allegheny College where he teaches classes on the interconnected histories of Europe and the Middle East. Brian defended his dissertation, Reshaping the Turkish Nation-State: The Turkish-German Guest Worker Program and Planned Development, 1959-1985, in 2015 at the University of Iowa. Brian received support from the Institute of Turkish Studies with a 2013-14 Dissertation Writing Fellowship. Brian’s research interests include: the History of Development, Migration/Diaspora Studies, Transnational Migration, and the History of Nationalism. 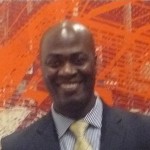 Dr. Gnimbin A. Ouattara is a Fulbright scholar from Côte d’Ivoire (Ivory Coast), West Africa. He received his PhD in African History in 2007 from Georgia State University and is currently an Associate Professor of History and International Studies at Brenau University in Gainesville, Georgia. His work compares the Cherokee and West African civilizing processes in the Atlantic. He is also a 2010 graduate of the Georgia State University Film School, specializing in historical documentary filmmaking. While serving at Brenau University, Dr. Ouattara has received the Master Teacher of the Year Award in 2013 and the Excellence in Teaching Award in 2010 from the National Society of Leadership and Success. He has presented his research in the US, and at international conferences in Europe, Barbados, and South Africa. His presentation at the International Organization of Social Sciences and Behavioral Sciences (IOSSBR) won the Best Paper Award in Social Sciences in 2014. He is the author of “In Response to the Booses of Kenya: Constance Yai and the Politics of Women in Ivory Coast,” In Feminist Conversations: Women, Trauma, and Empowerment in Post-Transitional Societies. Lanham, MD: University Press of America, 2008. He is currently revising his dissertation for publication. 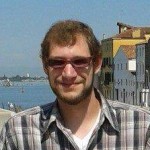 David M. Reher is a 5th year ABD student in Spanish literature at the University of Chicago.  His dissertation looks at the place of Constantinople in the Spanish imagination along the lines of sexuality, religiosity and socio-economic mobility.

Sara Scalenghe is a historian of the social and cultural history of the early modern and modern Middle East, with a focus on the Arab world. She graduated from the School of Oriental and African Studies, University of London, with a B.A. in Arabic and Persian, and then went on to pursue an M.A. in Arab Studies and a Ph.D. in Middle Eastern and North African History at Georgetown University. Prof. Scalenghe has received numerous grants to support her research, including fellowships from the Social Science Research Council, the Fulbright-Hays program, the Woodrow Wilson National Fellowship Foundation, and the American Historical Association. Her first book, Disability in the Ottoman Arab World, 1500-1800 (Cambridge University Press, 2014. Paperback, 2016), was awarded the 2016 Book Award by the Disability History Association. It examines blindness, deafness, madness, and intersex in early modern Egypt and Greater Syria. She is currently writing a book on disability in the Arab world in the nineteenth and early twentieth centuries. Prof. Scalenghe serves on the Editorial Review Board of Disability Studies Quarterly. 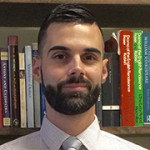 His teaching and research interests include Renaissance literature and culture, Shakespeare, religious discourse, gender, sexuality, popular culture, journalism, new media, and Hispanic literature and culture. Dr. Sierra has published articles and reviews in Comparative Drama, The Sixteenth-Century Journal, Early Modern Women: An Interdisciplinary Journal, MESTER, Women’s Studies: An Interdisciplinary Journal, The Journal of Florida Literature, CEA-MAG, and Theatre Journal. His book Sanctified Subversives: Nuns in Early Modern English and Spanish Literature, was published in 2016. His edited collection New Readings of the Merchant of Venice was published in 2013. He has received several research grants including an NEH research grant to work at the Biblioteca Nacional de España in Madrid and an MSI Research Grant to work in the Benson Collection at the University of Texas-Austin.

Dr. Sierra serves as the Coordinator for Recruitment & Retention in the Department of English & Modern Languages and is the adviser for Sigma Tau Delta. 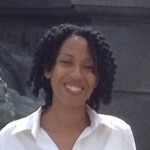 Monica joined the Department of Languages and Literature at the College of Micronesia—FSM in 2009. She earned a BA in Arabic (1991) from UCLA, and a MS in Education (2006) from the University of Wyoming.